The store will not work correctly in the case when cookies are disabled.
Free returns
Designed in britain
Free catalogue

The Cotswolds at Christmas

We love this time of year here at Cotswold Collections and we always feel so very lucky to call the beautiful Cotswolds home during Christmas time! The quintessential towns and villages magically glow from their festive light displays and there are so many events including Christmas markets to enjoy.
Blenheim palace:

Birthplace of Sir Winston Churchill and the only non-royal country house in England to hold the title of ‘palace’. Each year for Christmas Blenheim Palace has a spectacular illuminated trail through its festive gardens and also seasonally decorates its State Rooms, this year it will be transformed into the lavishly themed magical fairy tale fantasy world of Alice in Wonderland. 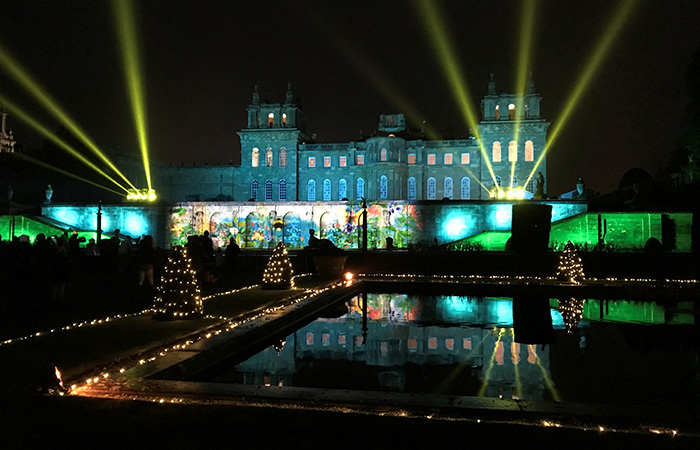 Westonbirt Arboretum:
Home to 2,500 different species from the far corners of the globe and 5 national tree collections, Westonbirt transforms its magical woodland into a festive winter wonderland during Christmas. Enjoy the kaleidoscopic colours of the lights on the sensory trail that also includes Christmas choir singers serenading the crowds.
Broadway:
Often referred to as the 'Jewel of the Cotswolds’, Broadway is as beautiful as it is historic. Starting as a medieval town it became the main route from Worcester to London and today it sustains its popularity through the unique array of independent restaurants, artisan shops and welcoming accommodation. Showcasing a traditional, country-esque Christmas, Broadway’s buildings glow with festive lights and twinkling Christmas trees line the streets.
Sudeley castle:
Located in the village of Winchcombe and dating back to the 15th Century, Sudeley Castle boasts royal connections that span a thousand years and has played an important role in the turbulent and changing times of England’s past. Today, it is the only private castle in England to have a queen buried within its grounds. Queen Katherine Parr, the last and surviving wife of King Henry VIII lived and died at Sudeley but now it is the home of Elizabeth, Lady Ashcombe and her family. At Christmas the gardens are adorned with magnificent light displays and this year you can follow Peter Pan and Wendy around the illuminated majestic castle, glorious gardens and romantic ruins. 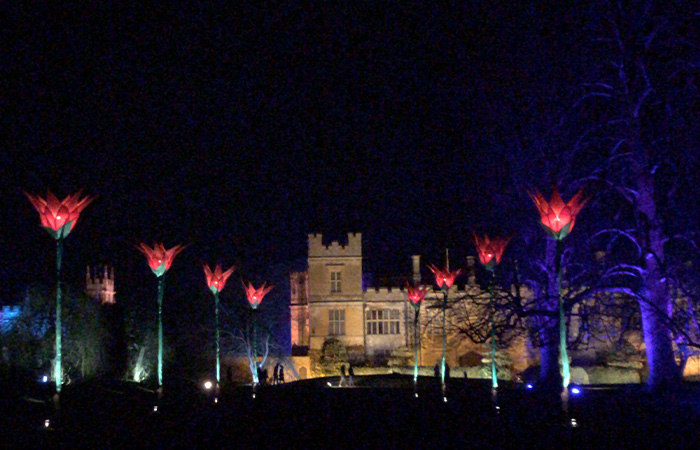 Cheltenham town centre:
Like many of the towns around the area, Cheltenham brightens its streets with wonderful light displays that emanate the festive feeling of the Christmas market which sets up outside the iconic Cavendish house in the centre. The atmosphere is as enticing as the delicious food and hot drinks available from the stalls. We also highly recommend a cup of mulled wine while enjoying the live music too!
Not sure what to wear to your festive occasions? Take a look at our handy journal for inspiration >>
Will you be heading to see any festive light switch-on’s or illuminated trails this year? Let us know in the comments…

Be the first to hear our news!

Happy Burns Night! We would like to take the time

It is a little chillier today ❄️

Be the first to know about our exclusive offers, sale events and new collections by signing up to our regular e – newsletters.